What is Bluetooth and how does it work?

We will tell you about Bluetooth. What is Bluetooth and how it works? Bluetooth discovery has proved very revolutionary in the world of technology.

Bluetooth not only improves the use of mobile phones but also made it easy to share files, audio, videos with other phones. Through Bluetooth, we can share data with each other without wires.

Bluetooth taught the new meaning of wireless communication. Today, you can control the computer with a mouse without a wire, or you can listen to music by using headphones without a wire.

Today, Bluetooth has emerged as a very useful device for our lives, which we use every day, whether it is mobile, computer or music player, there are many other devices in which Bluetooth is a major contributor. And all this is possible due to Bluetooth.

have you ever thought that this name came from where and why it was named Bluetooth? What is the way Bluetooth work?

It is also a matter of thinking that the word Bluetooth may have come from where.

You will be surprised to know that the name Bluetooth was the name of a king in the medieval period.

Now this question must have come in your mind, what is the relationship of the medieval king with today’s technology.

What is Bluetooth and how does it work? So let us give complete information about it.

What is Bluetooth History

In 1996, some big tech companies Intel, Ericsson, Nokia, and later IBM together wanted to create a new standard for short-range radio links in the technology industry, so that some new work could be done.

For this, every company developed its own short-range radio technology, but whatever name they gave to this technology, they did not embrace anyone.

At the same time, the name of the 10th century Danish King Harald is mentioned in the story.

Bluetooth is named after a King of Denmark, ‘Herald Bluetooth”, who used to rule in the 10th century. King Harald Bluetooth made diplomatic politics at that time to make the kings engaged in war rather than war so that many kings could contact each other to avoid war.

His same ability and process gave the name of this plant to Bluetooth, which works by connecting and connecting multiple electronic gadgets at one time with information and exchange of data.

Herald Gorans was the king of Denmark and Norway, he is credited with building the first bridge at a place called Scandinavia.

Just as every king had a surname in the middle yesterday, he was also named Blátǫnn which is a Danish word which means Bluetooth.

Just as the Herald bridged the distance between the Christians and the Heathens, it is also worthwhile to give this name to Bluetooth so that the Bluetooth symbol also represents the same and in the same way this name and this symbol were given.

How to make Bluetooth LOGO?

The Bluetooth LOGO has also been created with two famous symbols of the time of Raja Harald Bluetooth.

In the Bluetooth LOGO, you can see that there are two symbols ᚼ and के for the time of King “Harald Blatand”. These two signs together form the LOGO. In which ᚼ means “H” and ᛒ means “B”. By combining these two signs with the blue background, you will get the logo of Bluetooth. How to create Bluetooth LOGO.

Bluetooth is a wireless technology through which two, or more electronic devices are interconnected to exchange files, audio, video, and data. Using this device, you can exchange data by connecting devices from any angle up to 10 or 100 meters apart, but for this, it is necessary that all devices have Bluetooth.

Bluetooth technology uses radio waves that connect devices. Through this technology, 7 devices can be connected at a time. Adding more devices than this can take time to exchange data.

Read: How much PUBG per day income in India

Who is the invention of Bluetooth

Bluetooth was invented in 1994 by Dr. Jaap Hartson, working on the radio system in the Ericsson company. On 20 May 1999, Bluetooth Special Interest Group SIG was established. It was founded by 6 big companies Sony Ericsson, Nokia, Toshiba, IBM, Intel, and Ericsson.

How does Bluetooth work?

Mobile, laptops, and tablets have Bluetooth inbuilt whereas you can buy a Bluetooth device to connect a desktop computer to a Bluetooth. 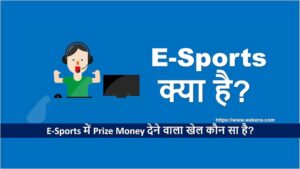 Hello friends, I am Sonu Singh, Author & Co-Founder of wekens. Talking about education, I am a graduate. I love to learn and learn about technical news, top story, history. I request you that you keep supporting us in this way and we will continue to provide new information for you. #wekens Team, Digital India, Jai Hind

This site uses Akismet to reduce spam. Learn how your comment data is processed.